On Sunday 17 May 2009 five thousand people attended the Human Sign on St Kilda Beach, Melbourne, Australia. The sign was a reaction to the then Australian Prime Minister’s (Kevin Rudd) lack of action on climate change. Rudd had declared , “Climate Change: The great moral challenge of our generation” but after two years in government had done nothing about it. The sign morphed into the phrase “CLIMATE CHANGE – OUR FUTURE IS IN OUR HANDS” before it finally washed into the sea. 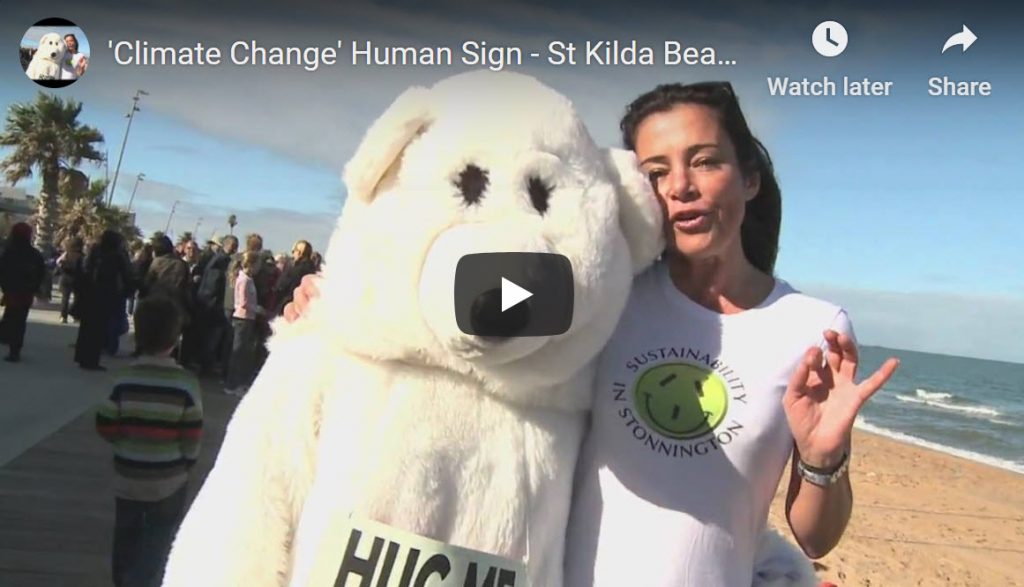 Penny Milstein made this video.

Brett Robinson made this video.

This video, made in 2007 by the ABC Catalyst program, was an important precedent.