These articles give you something to talk about when the subject of climate change comes up in conversation. Every day, before 10am, you will find a new article that will take you 5 minutes to read. 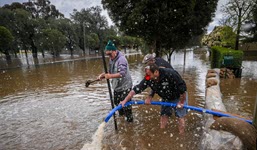 El Nino, electric vehicles and an end to extinctions?: The big climate and environment topics in 2023

How urgently we respond to the climate crisis this decade will change will be hugely consequential for thousands of years to come. Here’s what Australia needs to do. 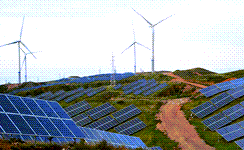 When will we hit peak fossil fuels? Maybe we already have

Kingsmill Bond, energy analyst and author, describes the circumstances that hastened the transition of the electricity sector—plus four reasons he’s optimistic about our planet’s future. 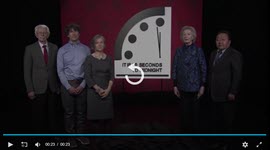 Atomic scientists have set the “Doomsday Clock” closer to midnight than ever before. 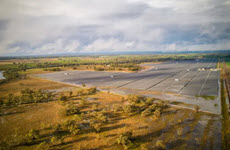 Coal states miss out on benefits of cheap wind and solar, pay twice the price of power

States most dependent on fossil fuels hit by surging prices, despite lowest ever coal output, the lowest gas generation for 18 years, and record wind and solar. 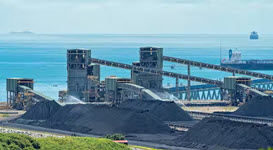 At the end of last year, the world’s average price to emit one tonne of greenhouse gases was around US$5.29 (AU$7.77). For pricing to work as we want – to wean us off fossil fuels – it needs to be around $75 by the end of the decade, according to the International Monetary Fund. 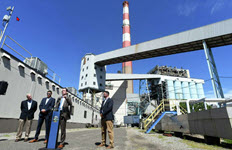 Air quality can affect health. Climate change is worsening both

While heat is well-understood as a consequence of climate change, air quality is both cause and effect when it comes to the nexus with climate change 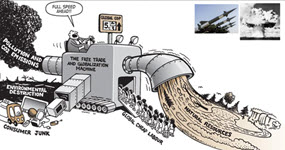 We are at war, with no strategy adequate to the challenge

Unlike the Ukraine war, the war I am referring to is not a military war; it’s our battle for planetary health, and we have no strategy adequate to the challenge.

Turf wars between microbes dictate how much carbon salt marshes store and how much methane they pump into the air. 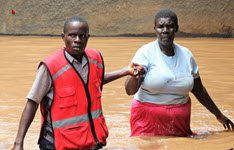 Globally, humanitarian aid workers are facing complex climate and health crises that require urgent adaptations within a shrinking humanitarian space, according to a recent piece in the Lancet.

The right words are crucial to solving climate change

Speaking to people’s priorities can build the will needed to implement climate solutions. 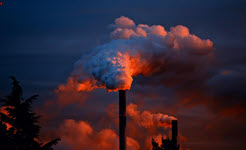 Requiring fossil fuel companies to pay to clean up their carbon emissions could help curb dangerous global warming at a relatively affordable cost, a study says.

Calls grow for war on millions of feral deer

Wild deer are running rampant in Victoria and Tasmania, destroying crops and natural habitats and prompting calls to change local laws and allow the animals to be classified as pests.

Many Australian beaches are disappearing before our eyes. So what’s the solution?

For decades, residents along a section of suburban Australian coastline have witnessed their beach dissolve before their eyes, sometimes literally dropping into the sea. It’s a problem that is also confronting coastal towns throughout the country — and the world — as sea levels continue to rise. 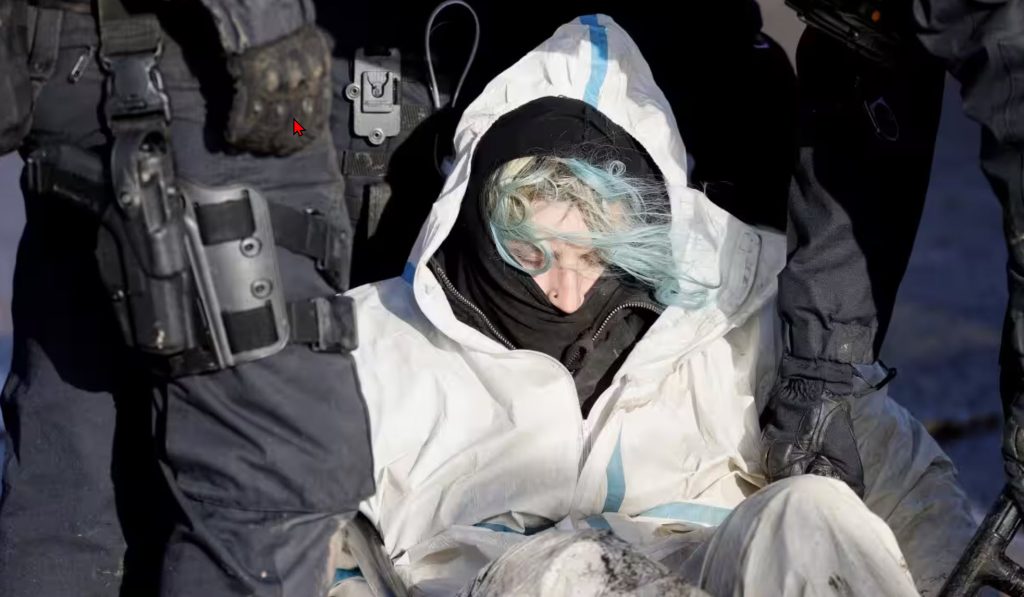 Many people think of the annual UN climate talks as talkfests which achieve only incremental change, at best. Activist Greta Thunberg has described them as “blah blah blah” moments – grossly inadequate and too often hijacked by fossil fuel producers who would like the world to keep buying their main exports.

How can the law account for the value of natural places?

In November 2022, the Australian government made a commitment to legislate new protections of Indigenous heritage sites. The decision was made in response to recommendations passed down by a joint parliamentary committee investigation into Rio Tinto’s destruction of an Aboriginal sacred site at Juukan Gorge in 2020. 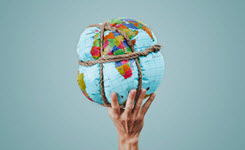 An important debate is developing in Pearls and Irritations on the need to reduce consumption. 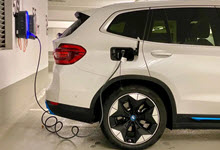 Are Electric Vehicles Really The Future?

Well, maybe, but not in the way you think. 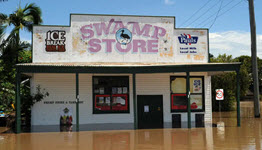 Despite advances in technology and infrastructure, transport supply chains have begun to face new challenges in getting groceries to consumers. 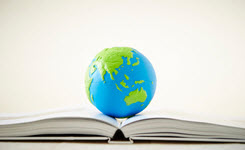 Will prospects for long-term human survival improve in 2023?

What can we expect in 2023 about future human prospects? Will current threats to long-term human survival, continue to increase or will they begin to diminish as a consequence of responses to current threats?” 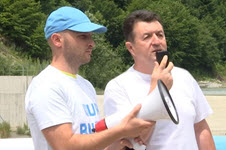 Activists fight back after being SLAPPed with lawfare tactics

The use of Strategic Lawsuits Against Public Participation to intimidate campaigners is a global trend, but activists are taking a stand. 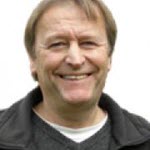 Can we restrain our excessive consumption to arrest climate change?

As affluence grows globally, people spend more. Money spent is roughly equivalent to carbon pollution and climate change. Can the urge to splurge be brought under control? Or, is it terminal? 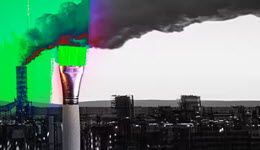 ‘Boys will be boys’: why consumers don’t punish big polluters for greenwashing lies

Stigma is an awful burden for business. But what if – for some companies – stigma is an asset? 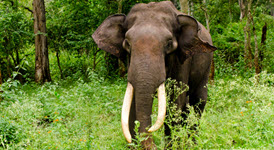 This will be a critical year for several endangered and threatened species, as well as a time of opportunity for others. 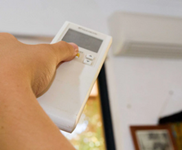 Short of blasting the air conditioner (and coping with the subsequent bill), people can make small changes around their homes to keep the inside temperature down. 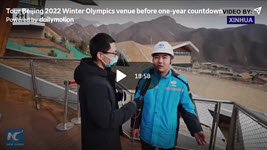 2022, a year staring at the apocalypse

A year that started with Russia’s invasion of Ukraine and is ending with famine in Africa, while still spreading death and misery through an enduring pandemic and a deteriorating climate crisis — 2022 has been an apocalyptic warning of the frailty of our planet and the woeful shortcomings of humankind.

There was a break from Climate Change articles until 3 January 2023.
Instead there were short, daily articles that may be of interest to you. 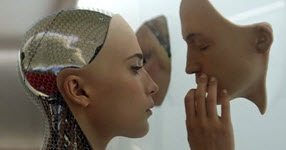 The Future of AI, According to Human History

“…Humanity will create something more powerful than itself. When you have something that understands you better than you understand yourself, then you’re useless. Anything you can do, this system can do better.” Yuval Noah Harari 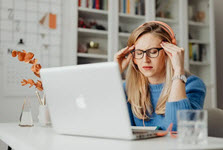 The 24 Questions That Can Warn You of Declining Brain Health

How to know if your brain might be suffering from cognitive decline, and what to do about it? 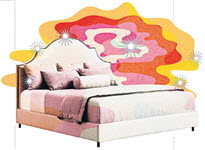 What happens when we sleep?

The AGE recently serialised these 6 short articles.
They were written by Sarah Berry, a SLEEP expert.
You may find some of the suggestions useful. 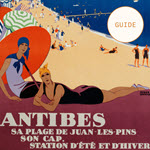 How to learn a language (and stick at it)

Forget about fluency and how languages are taught at school: as an adult learner you can take a whole new approach 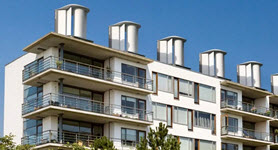 Is this a good idea?
More information is HERE. 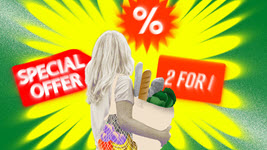 How supermarket design influences what you put in your trolley

It’s time to do your grocery shopping. You’ve got your reusable bags and your shopping list. You’ve written down everything you need to prepare meals for the week: staples like bread, milk and eggs, plenty of fresh fruit and vegetables, and healthy snacks for the family. But there’s a lot more that’s happening in the supermarket that influences what you put in your trolley. 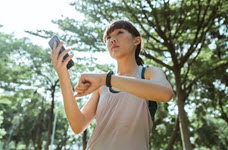 Walking, and more of it, is great for health, but let’s be reasonable, science says 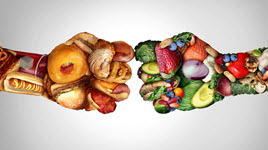 Why it’s becoming nearly impossible to be healthy in Australia

It seems counterintuitive. That in a country as rich as ours, and with a world-class health system, 50 per cent of Australians now live with chronic disease. You can view Magda Szubanski’s program for free on ABCiView here https://iview.abc.net.au/show/magda-s-big-national-health-check 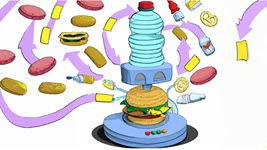 Would you eat food made from plastic?

How scientists are transforming plastic waste into food-safe ingredients 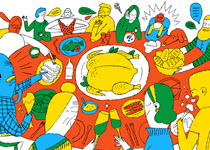 How to Talk to Anyone at a Christmas Party

The holidays are a time of warmth, cheer, and awkwardness. Here’s how to enjoy even the trickiest conversations.