Dr Elizabeth Fenwick lives in Elwood and works in Port Melbourne as a Director of an electrical engineering consultancy company, Current Consulting. She is on the Boards of LIVE and the Port Phillip EcoCentre. Her career path started as a post-doctoral scientific research fellow in Germany and has since taken many turns which have included working in IT, Project Management, Strategic Planning and the Environment. Lis has been engaged in a number of community projects and is enthusiastic about her commitment to CORE (Community Owned Renewable Energy) projects. She believes CORE will encourage wider community engagement in sustainability and environmental initiatives. Elisabeth’s LinkedIn Profile

Deborah Hart is an ‘activist, writer, mother’ from Melbourne. For 16 years Deborah worked in development roles with leading Australian arts and culture organisations, as funding shortages were forcing what she considered important crucibles in a healthy modern democracy to act like businesses by forming ever-closer alliances with industries. In 2006, feeling uneasy that fossil fuel corporations—or the legal and finance industries that serve them—were among the few sponsors standing in the Arts, Deborah left her profession in order to devote more time to climate activism and LIVE, a local climate group that she had earlier founded. Deborah later co-founded CLIMARTE (2010), an independent not for profit body that brings the arts community together to tackle climate change. Deborah volunteers with many not-for-profit environment groups and helped establish ClimActs (2013) to combine spectacle, humour and direct action to draw attention to the climate issue. Deborah wroteGuarding Eden to show how and why highly destructive, polluting industries that built immense wealth and influence last century are now using that power recklessly to protect their profits, and what ordinary citizens are doing in attempts to safeguard nature and humanity’s future.

Angelo Indovino studied at Monash University and graduated with honours in Chemical Engineering in 1977. His 31 year career has been in petroleum engineering (refining and exploration) with Shell and has worked in numerous countries throughout the world. Angelo retired in 2009 to do volunteer work in research and environmental causes in Australia and Colombia. His research has involved overpopulation, global warming. peak oil, deforestation, indiscriminate fishing and many others. He is a member of the Greens, LIVE, BZE and TWS. In Colombia is a member of the Steering Committee of CIDEA and Soñar + Verde.

Tim Koerner is a lawyer and grants analyst currently working with the Victorian Department of Justice & Regulation, where he manages community programs and assesses funding proposals including environmentally sustainable housing projects. He has a strong interest in conservation and environmental sustainability, and is a founding committee member of LIVE. Tim is also interested in the role of IT and social entrepreneurship in driving innovation and social change. He previously worked as research editor for the US edition of PC World magazine, and has completed a Master of Social Investment and Philanthropy at Swinburne University.

David Robinson is the Project Manager of LIVE Community Power. His 40 year career was spent in Information Technology in a range of technical, marketing, communications and sales roles. The last 15 years of his career were with ANZ’s Internet Division. Since retiring in 2008 he has devoted his time to environmental campaigning, mainly through LIVE (Locals Into Victoria’s Environment) the group of which he is now the Convenor. During 2013 David is focussing on CORE (Community Owned Renewable Energy) projects. LIVE Community Power is the first of these projects, and he expects many more to follow in the years ahead. David’s LinkedIN Profile. 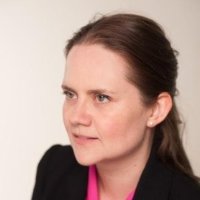 Nina Dubecki trained intensively as an orchestral bassoonist at the Victorian College of the Arts before deciding to get out of the rehearsal room and explore the world beyond concert halls. Eventually she found her way back to Melbourne and settled in the Marketing Department at the Melbourne Symphony Orchestra. Nina starting spending her spare time setting up Moneygirl, a free online portal to financial websites helpful to women interested in investing their money, and this lead to her co-authoring two finance books Money Makeover and Organise Your Money: Be Financially Free. She has been featured in BRW, written a weekly finance column for Melbourne’s Herald Sun and contributed articles to Money magazine, among others. Nina is currently writing a third finance book focusing on ethical investment, her passion. She loves being a member of ClimActs and is excited to be a climate activist at a time when a New World Order can be glimpsed around the corner. 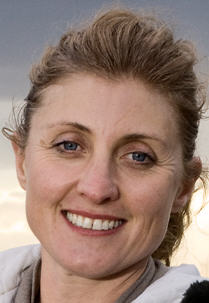 Vanessa Jilly is a mother, business owner (skincare) and sustainability campaigner. Six year ago Vanessa returned to university to study Sustainability in Business and Carbon Accounting. This led to a desire to look at all aspects of her business and how the life cycle of products effects the planet. Vanessa has a strong belief that everyone has a role to play in making better choices that are driven by sustainability. A founding member of LIVE, Vanessa has enjoyed many days protesting and developing smaller actions within her school community as well as within her work life.